This bloke at the beginning is where I am up to.I call it chop-slapping, you are on the foil but touching the tops of the chop. If the chop is small and regular it is quite comfortable.
See also this site:

seabreeze.com.au/forums/Wind-Wings/Wingsurfing/Wing-foiling-videos
Posted by Bruce White at 4:01 AM No comments:

I have to report another change of direction.

I was going to wait until I mastered windfoiling before I spent more money on gear, but then I have an ambition to get out on the ocean on the swells.
So we have these iterations on this blog:
Posted by Bruce White at 1:16 AM No comments:

Not a lot of progress on riding these things, but I am getting good at buying them. supwindfoil.blogspot.com/2019/09/ 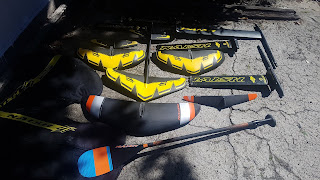 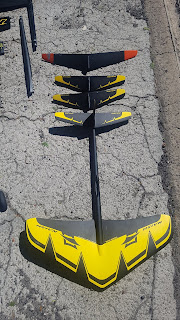 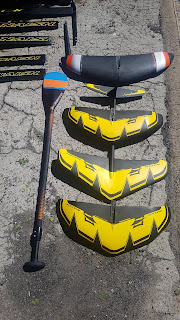 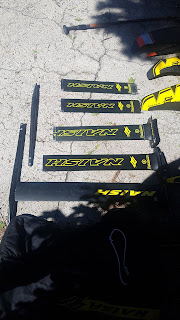 The thing that I recently discovered was that a fuselage that comes with a Deep Tuttle setup has the wing further forward than a fuselage for a US Box. This fact has me experimenting with what is the right setup for me if I stay on my knees. Knee board foiling, anyone?
Posted by Bruce White at 3:01 AM No comments: 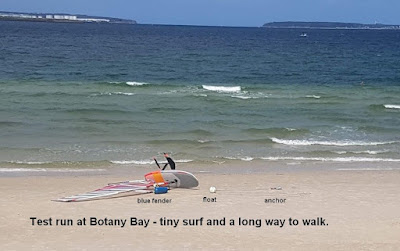 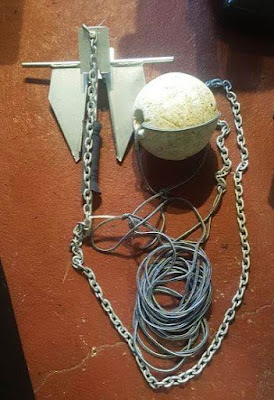