A week moving around Surf City and Mornington

A number of things were observed, or finalised, during a week of surfing Victoria's surf spots:
This is not the place that I surfed (it is Bells) but it gives you an idea of the swell that was available at the start of the trip. 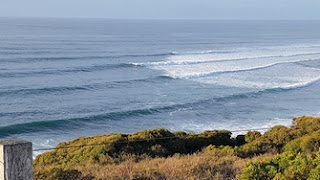 Here is how much the foil mast base had to be adjusted to correct for the kick in the tail of the board. 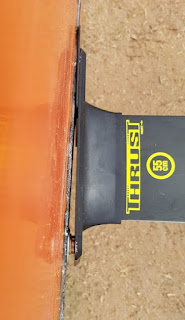